The Woods To Showcase At The Southwark Playhouse In 2022

David Mamet’s latest offering, The Woods is to be staged at Southwark Playhouse in 2022 with previews beginning at the venue on February 24th, with an opening night scheduled for March 1st, and performances running until  March 23rd.

The battle of the sexes play focuses on two people, Nick and Ruth, who are spending a weekend at a log cabin in the woods. During the couple's time together in the woods, their relationship is tested all the way through to breaking point.

Francesca Carpanini will make her stage debut in the UK in the role of Ruth. Previously, Carpanini has starred in several productions on Broadway, including 'The Little Foxes' and 'All My Sons'. Sam Frenchum (currently starring as Mr. Dorset in the popular Netflix series, Bridgerton) will appear in the play in the role of Nick.

The Woods will be directed by Russell Bolam, with lighting design by Bethany Gupwell, costume and scenic design by Anthony Lamble, and sound by Ali Tale.

Performances of The Woods will be at Southwark Playhouse from February 24th to March 23rd. 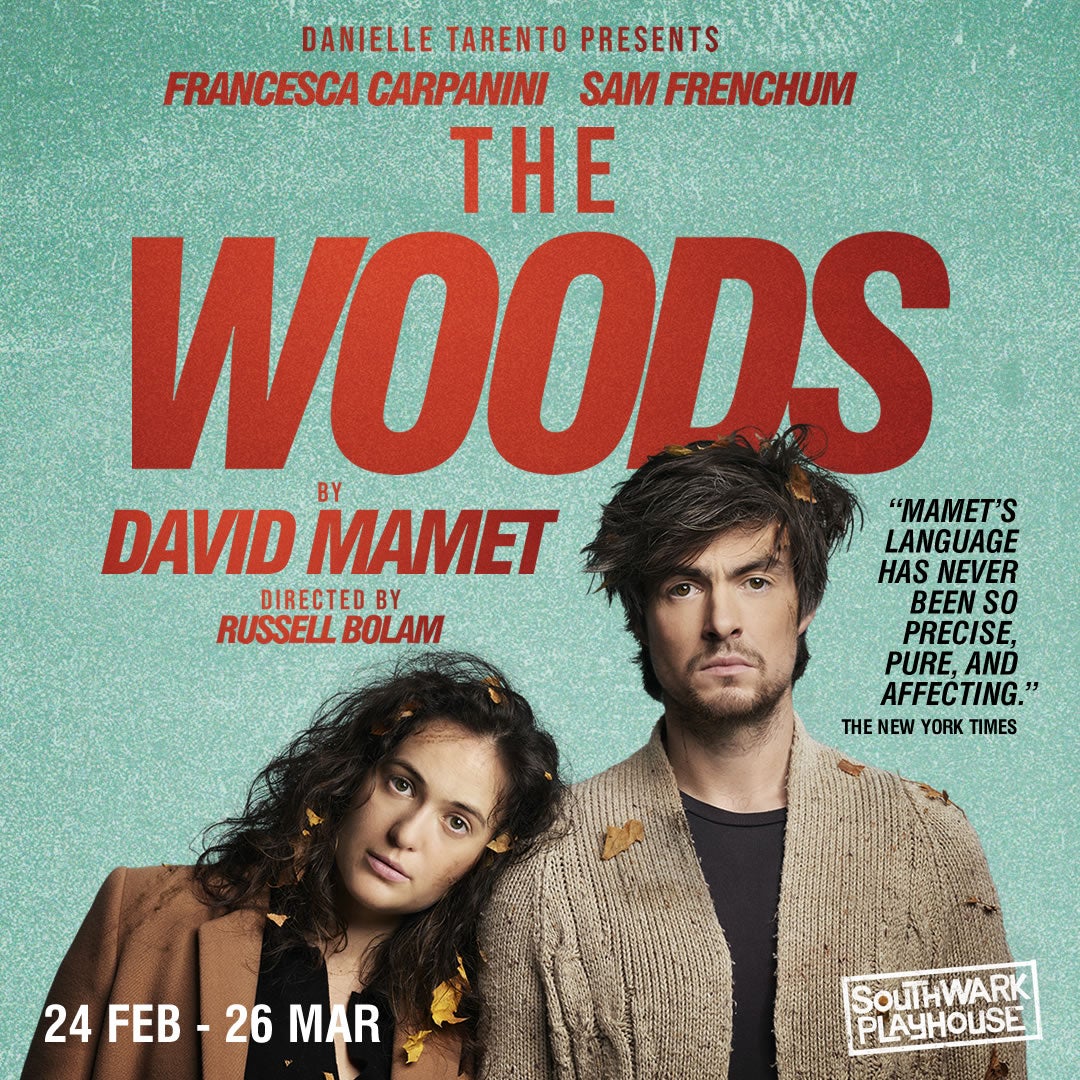