Southwark Playhouse To Showcase 'The Lion' Next Month

The Southwark Playhouse is to host Benjamin Scheuer’s award-winning show, The Lion, which will begin previews at the venue from May 25th with an opening night scheduled for May 27th  and performances due to run until June 25th. Tickets to The Lion are on sale now.

The Lion is a 70-minute one-man musical which follows Ben, a young man who reflects on his troubled childhood which ultimately was the inspiration for some of his future decisions and the paths he took to find love and hope. The Lion first opened in 2014 in New York where it won a 'Drama Desk' award for 'Outstanding Solo Performance'.

Speaking about the production, director Sean Daniels commented, “I am delighted to be back in the world of ‘The Lion’, a project Benjamin and I started eight years ago as he first told me his own personal and inspiring story… For me, this piece reminds me that great and redemptive things can come from awful things, and that the bonds between parents and children are with us a lifetime”.

The role of 'Ben' in The Lion will be played by Max Alexander-Taylor with direction from Alex Stenhouse and Sean Daniels. The rest of the creative team behind the show features sound design by Andrew Johnson, set and costume design by Simon Kenny, and lighting design by Emma Chapman.

Performances of The Lion will be at Southwark Playhouse from May 25th 2023. 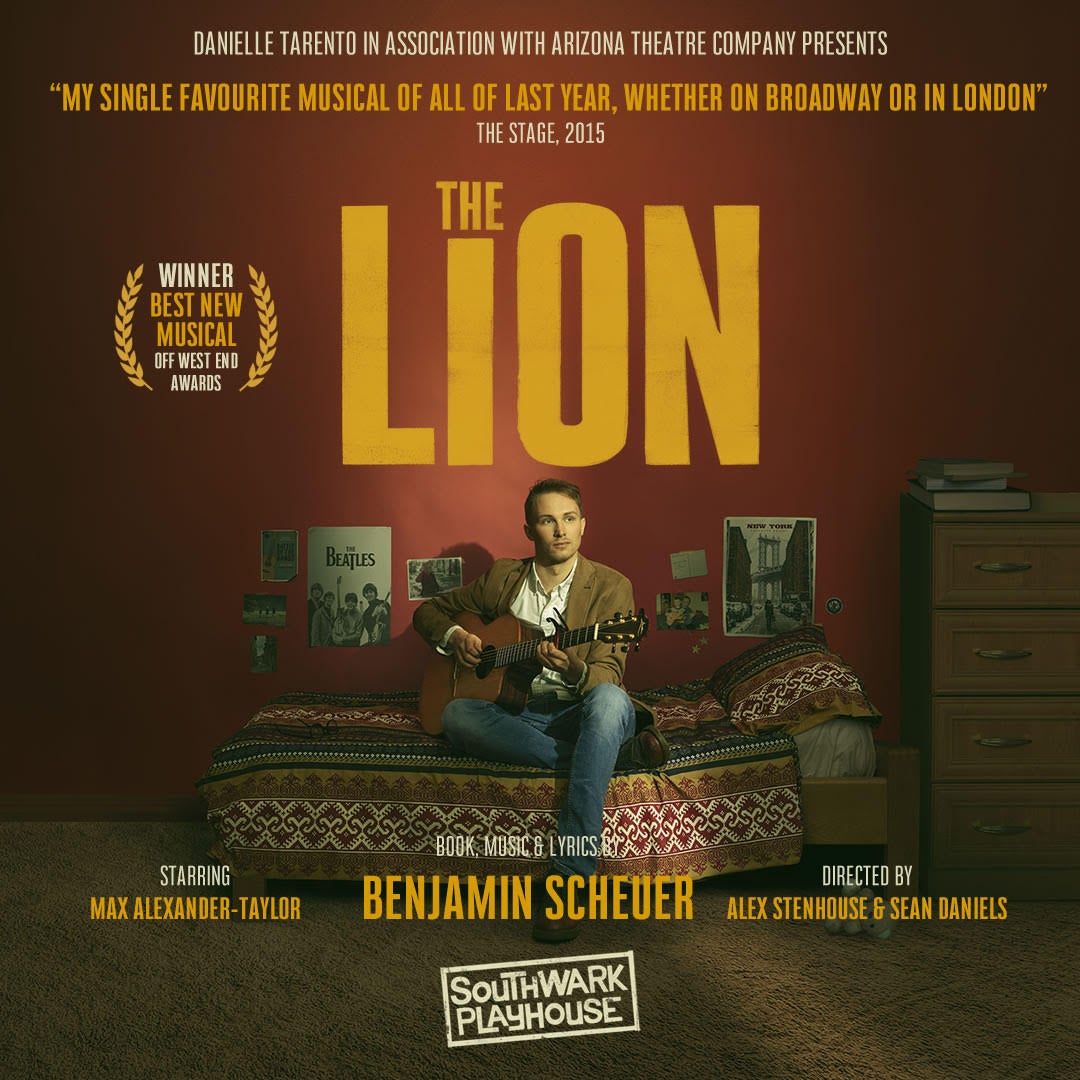