Two-time Olivier Award-winning Ruth Wilson is to return to the West End in 2022 to star in Jean Cocteau’s The Human Voice at the Harold Pinter Theatre for a limited season in the spring, with dates yet to be announced.

Daily Mail entertainment reporter Baz Bamigboye has tweeted that Ivo van Hove is to adapt The Human Voice, which will star Wilson with Sonia Friedman Productions producing the play.

The Human Voice is a one-woman play from the 19th century that delves deep into a woman’s mental state as she learns that her lover is to marry another woman. In 2014, The Human Voice was adapted into a short film starring Sophia Loren, and then into a full-length feature film in 2020 featuring Tilda Swinton.

Ruth Wilson has won Olivier Awards for her roles in 'Anna Christie', and 'Stella' in A Streetcar Named Desire, both at the Donmar Warehouse. Her TV credits include Luther, The Affair, Jane Eyre and Mrs. Wilson,

Further details on The Human Voice are still to be confirmed and will be announced at a later date.

Performances of The Human Voice will be at the Harold Pinter Theatre in the spring of 2022. 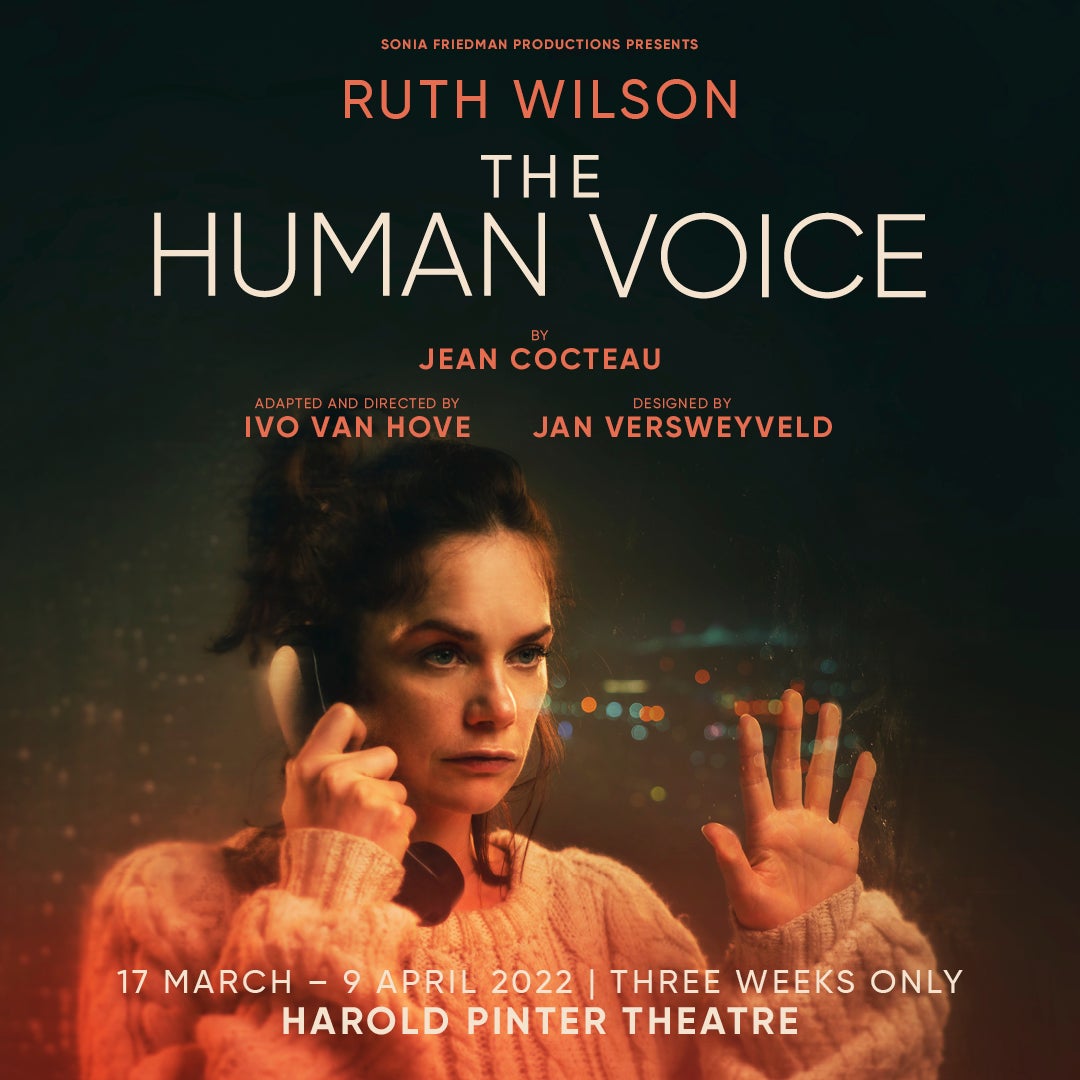