Why Should You See 'Disney's Beauty And The Beast?'

Disney's Beauty and the Beast returns to the capital for the first time in 25 years and has a new West End home at the iconic London Palladium.

The classic story of Beauty and the Beast follows a beautiful young woman named Belle as she attempts to save her imprisoned father but ends up herself stuck inside a castle with lots of animated kitchenware for company. While stuck inside her new surroundings, Belle must act to save not just herself, but the appliances too, along with the Beast, before the last rose petal falls to the ground in the west wing, otherwise they will all be affected by a witch's curse forever.

So what is all the fuss about?

What is the story of Disney’s Beauty and the Beast all about?

Disney’s Beauty and the Beast begins with a witch placing a potentially wicked lifelong curse, and hexing a castle including all its inhabitants who are all transformed into household objects; cleaners and cooks are now changed into feather dusters and teapots.

When Belle, a local ingénue, accidentally finds herself locked inside the castle she learns of the awful witches' curse. Belle strikes up friendships and grows fond of her new 'castlemates' as she begins to bond with the animated servants. As time goes on she also begins to fall for the 'Beast' as they spend time together.

There is a rose in the west wing of the castle which loses a single petal a day, and the curse will become irreversible once the final rose petal falls. Will Belle be able to save her friends and find her Beauty? Will they ever all be human again? The only way to find out is to see the show!

Which theatre does Disney’s Beauty and the Beast play at?

The stage production of Disney’s Beauty and the Beast is at the iconic London Palladium located in Argyll Street, near Oxford Circus.  The London Palladium usually hosts big-budget musicals throughout the summer months and then a Christmas pantomime later in the year.

How long is the duration of Disney’s Beauty and the Beast?

The Beauty and the Beast musical has a full running time of 2 hours and 30 minutes, which includes a single 15-minute interval.

What days of the week does Disney’s Beauty and the Beast play?

The London Palladium showcases eight performances per week of Disney’s Beauty and the Beast with evening performances playing daily from Monday until Saturday. Matinee performances of the show are staged on Tuesdays and Sundays.

When did Disney’s Beauty and the Beast first premiere?

The stage version of Disney’s Beauty and the Beast musical premiered in an out-of-town tryout in Houston, Texas, and ran from November 28th to December 26th, 1993.  The musical confirmed its Broadway premiere soon after and opened at the Palace Theatre on April 18th, 1994, and ran for five years until September 5th,  1999, before taking a two-month break and then transferring over to the Lunt-Fontanne Theatre where it ran from November 11th, 1999 until July 29th, 2007.

Disney’s Beauty and the Beast first arrived in the West End in 1997 where it opened at the Dominion Theatre on April 29th. 1997, and ran until December 11th, 1999. The London Palladium now hosts the musical’s first London revival in 25 years.

Who wrote the story of Disney’s Beauty and the Beast?

The story for Disney’s Beauty and the Beast musical was written by the American screenwriter Linda Woolverton who also worked on other Disney projects such as like 'Mulan' and 'The Lion King'.

The wider creative team behind Disney's Beauty and the Beast features original music and lyrics by Alan Menken and Tim Rice. Menken has previously worked on other Disney musicals including Aladdin, Newsies, and Hercules, as well as stage musicals Sister Act and Little Shop of Horrors. Tim Rice is an award-winning composer who has worked on major West End productions including Evita, Chess and Joseph and the Amazing Technicolor Dreamcoat.

Who are the Characters in Disney’s Beauty and the Beast?

The musical features a variety of lovable and larger-than-life characters including a collection of cutlery, plates, wardrobes, and grandfather clocks as they share the story of their lives with Belle.  The main characters are listed below;

Belle: Belle is the "Beauty." She's also well-read, strong-willed, and free-spirited young woman who is determined to break free and live her own independent life regardless of what people expect of her. She runs away to a castle in the hope of saving her father but then becomes trapped inside herself. As time goes on, Belle finds herself slowly falling for the 'Beast' and learns how to love again.
The Beast: The Beast didn't always look this way. He grew up as a handsome and wealthy prince who could have anything he wanted but was transformed into an ugly creature thanks to a curse inflicted on him and the rest of the castle by a witch The Beast must earn someone's love before the final rose petal falls to the floor in the west wing.
Gaston: Gaston has strong feelings for Belle and wishes to make her his wife. He struggles to come to terms that someone else could have Belle, and he's prepared to kill the Beast in order to get his way. Gaston has trouble channeling his aggression and regularly boasts about his strong muscular physique.
Maurice: Belle father Maurice is an inventor. Most of the people in the town think he's mad for dreaming up unnecessary things, but Maurice is a dreamer and also encourages Belle to follow her own ambitions, even if nobody else can see or understand her vision.
Lumiere: Lumiere is a candelabra and is one of the main enchanted objects that help Belle to escape the curse. When the curse is finally lifted, Lumiere is found to be a maître d'.
Cogsworth: Cogsworth is a grandfather clock and is also one of the enchanted objects that assist Belle in escaping the curse. Lumiere is revealed to be the household's chief steward when the curse is lifted.
Mrs. Potts: Mrs. Potts also helps Belle to lift the curse and is the enchanted teapot. When the curse is lifted in the end, it's revealed that Lumiere is the head chef of the household.

Other colourful characters and household objects also feature in Disney's Beauty and the Beast. The musical may be set in a quiet village, but its inhabitants are most definitely larger than life!

What songs are featured in Disney’s Beauty and the Beast?

You may already be familiar with some of the songs from the Popular Disney movie.

Here’s the full list of songs featured in Disney's Beauty and the Beast in performance order.

How to book tickets to Disney’s Beauty and the Beast 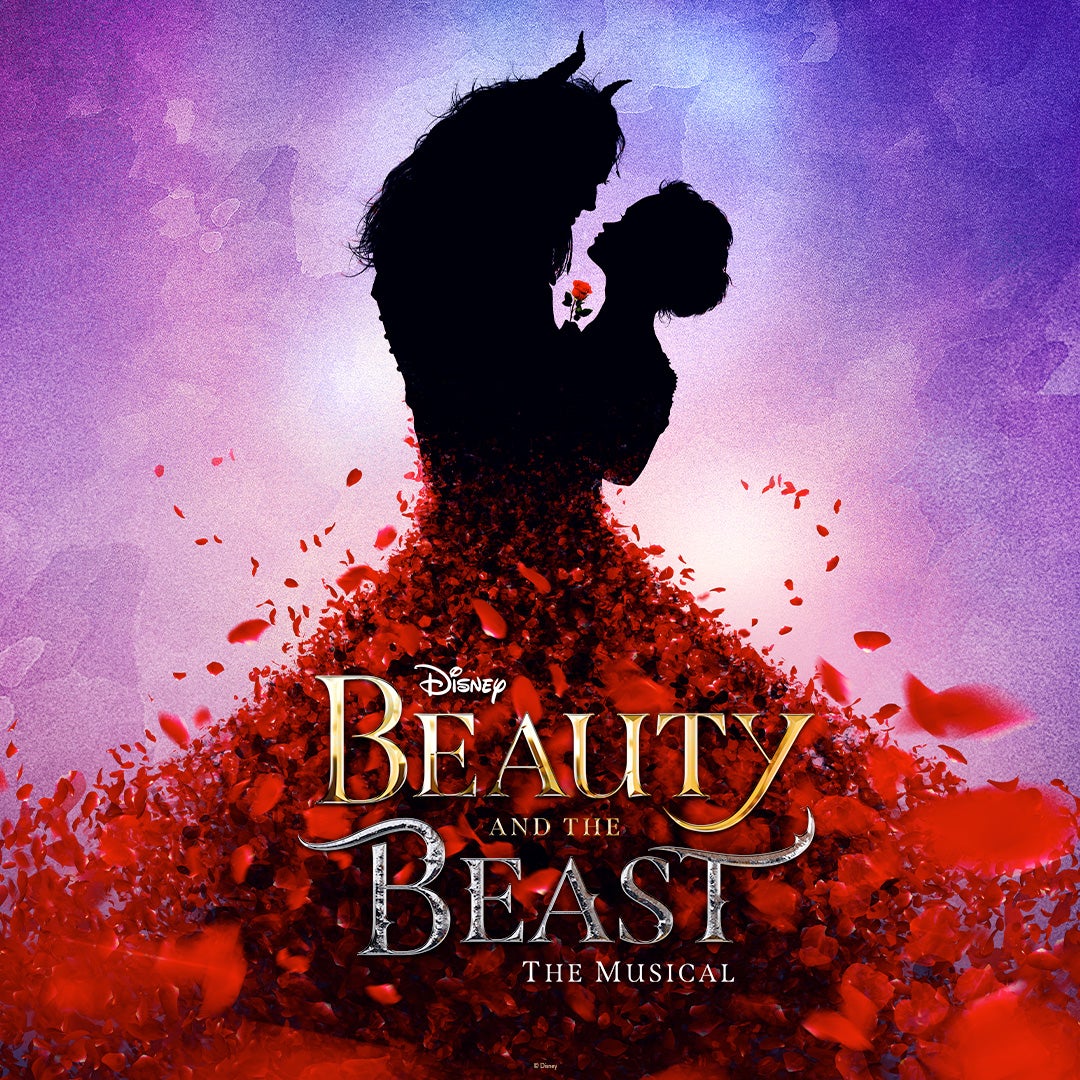