Doctors Xand and Chris van Tulleken are to make a return to the West End celebrating the wonders of the human body with another medical show this Christmas as Operation Ouch! Live on Stage - Not for the Squeamish will showcase at the Lyric Theatre from December 4th - January 16th. 2022.

The identical twin doctors Chris and Xand van Tulleken practice in both London and the USA respectively and together,  have hosted numerous TV specials, including a series of Coronavirus documentaries that included 'How To Avoid A Second Wave'.

In this latest stage show, the doctors explore the incredible wonders of the human body and marvel at the astonishing processes that our bodies do every day. Operation Ouch! had its last outing in the West End back in 2018, but this latest new production is to include new fascinating facts along with previously unseen snippets from their TV shows.

Operation Ouch! is an award-winning TV show, which has now run for eight series with the stage show written by both Chris and Xand van Tulleken and direction from Peter Adams.

The Lyric Theatre is also to be the home to the much-anticipated world premiere of Get Up, Stand Up! The Bob Marley Musical which will begin performances in October with tickets now on sale.

Operation Ouch! Live on Stage - Not for the Squeamish will perform at the Lyric Theatre from December 4th - January 16th. 2022. 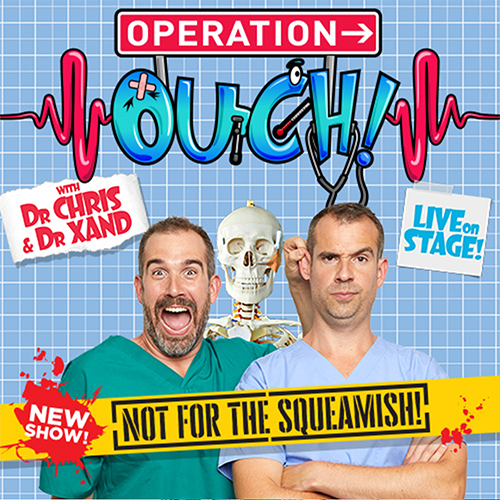