A new cast has been announced for Agatha Christie’s The Mousetrap at the St Martin's Theatre. The popular 'whodunnit' thriller is now celebrating its 70th year in the West End and is still keeping audiences on the edge of their seats night after night. Tickets to The Mousetrap are on sale now.

Agatha Christie's tense drama follows a group of hotel guests who are interrogated by police attempting to uncover a murderer is in their midst's. Throughout the play, the characters reveal their dark and murky pasts and one-by-one, and the suspects are gradually whittled down until eventually the murderer is revealed.

The Mousetrap first began performances in London at the Ambassadors Theatre all the way back in November 1952 before eventually moving to its current home at the St. Martin’s Theatre in 1974.

The Mousetrap is directed by Ian Talbot and features costume design by Janet Hudson Holt.

performances of The Mousetrap continue at St. Martin's Theatre. 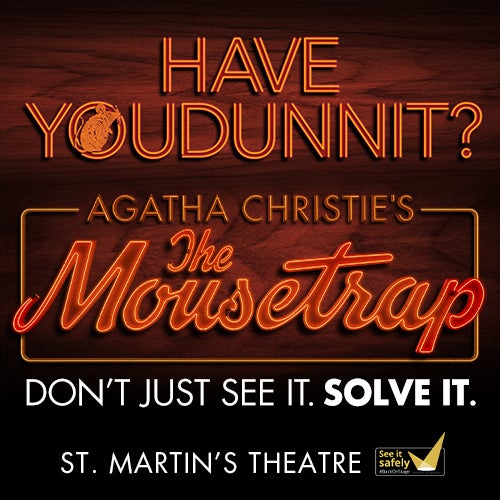