The much anticipated reopening of the hilarious Magic Goes Wrong will now switch venues to a new theatre and will be resuming performances at the Apollo Theatre, rather than its previous home at the Vaudeville Theatre from October 21st.

Magic Goes Wrong follows a completely a hapless group of stuntmen and magicians as they attempt to impress crowds while raising cash at a charity fundraiser. However, in true ‘Goes Wrong’ style, the happless and totally accident-prone performance artists don’t exactly make all the tricks go as planned.

In a fantastic collaboration with American magicians Penn & Teller, the Mischief Theatre team will now present Magic Goes Wrong at the Apollo Theatre with full casting to be announced in due course.

For those who cannot wait until October, Mischief Theatre’s other West End play, The Play That Goes Wrong continues its record-breaking run at the Duchess Theatre.

Magic Goes Wrong will showcase at the Apollo Theatre from October 21st. 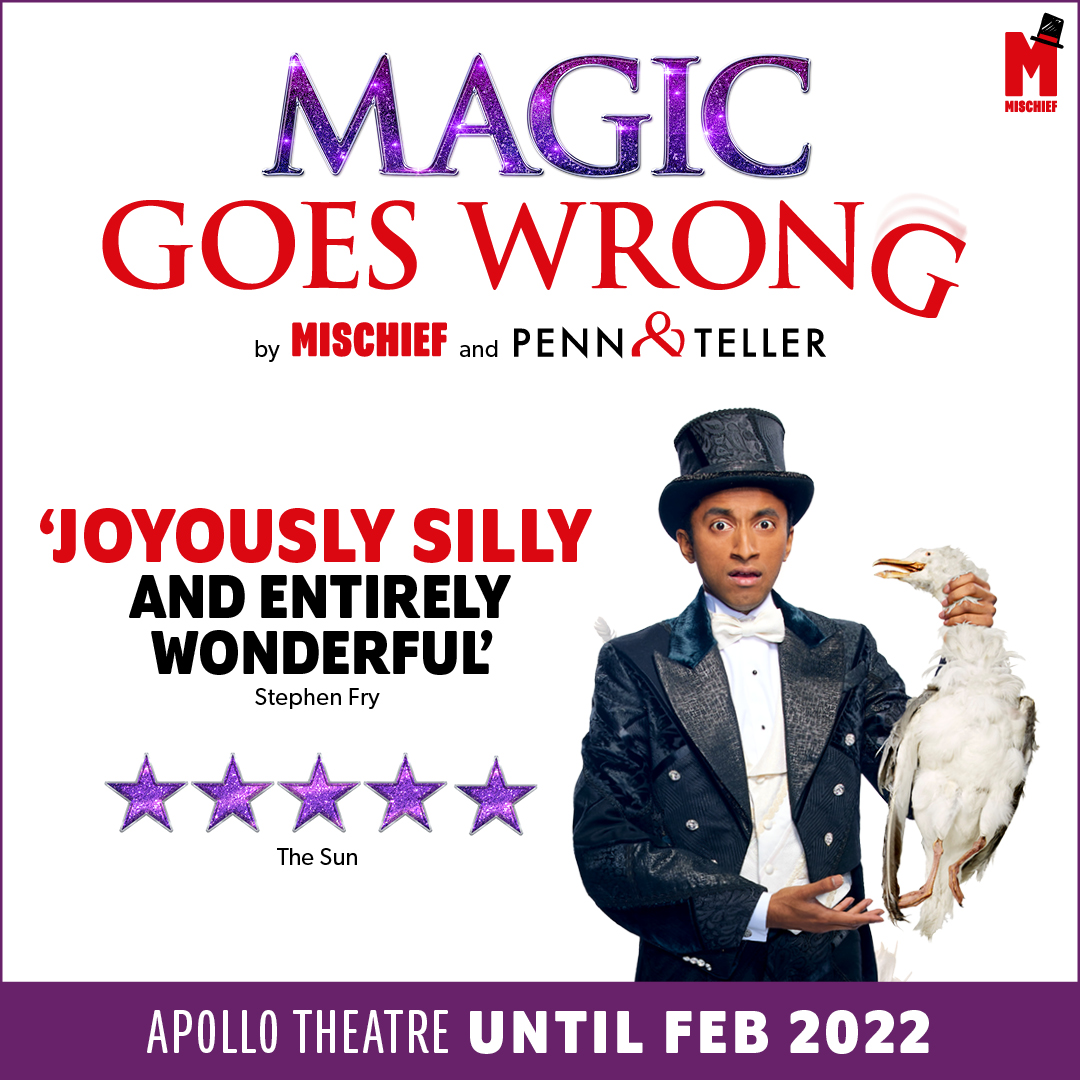