Producers announced today that Madeleine Mantock is to make her West End debut as she takes up the role of Elvira in the forthcoming production of Blithe Spirit which will play at the Harold Pinter Theatre from September 16th for a run of 8 weeks.

Mantock will appear in the classic comedy alongside Jennifer Saunders, who is to revive her role as Madame Arcati the clairvoyant. The duo are to be joined by original cast members Geoffrey Streatfield as Charles Condomine, Lisa Dillon as Ruth Condomine, Simon Coates as Dr Bradman, Lucy Robinson as Mrs Bradman and Rose Wardlaw as Edith.

The production also features a distinguished and award-winning creative team, directed by Sir Richard Eyre with design by Anthony Ward, sound by John Leonard, lighting by Howard Harrison, and illusions by Paul Kieve.

Noel coward's hilarious play Blithe Spirit was written in 1941 to provide a comic distraction at the very height of World War II when it was performed staged for the first time. The witty and meticulously engineered 'gone-wrong' comedy tells the story of a couple who are haunted by a previous relationship – literally.  Charles Condomine and his wife Ruth are being literally haunted by a relationship from the past when an eccentric medium inadvertently manages to conjure up the spirit of his first wife, Elvira, at a séance. As she appears, and visible only to Charles, she seems absolutely determined to sabotage his current life, marriage – and even his afterlife – making things get extremely complicated.

The show is one of Noel Coward's most popular works and enjoyed a record-breaking run previously both in the West End as well as on Broadway. 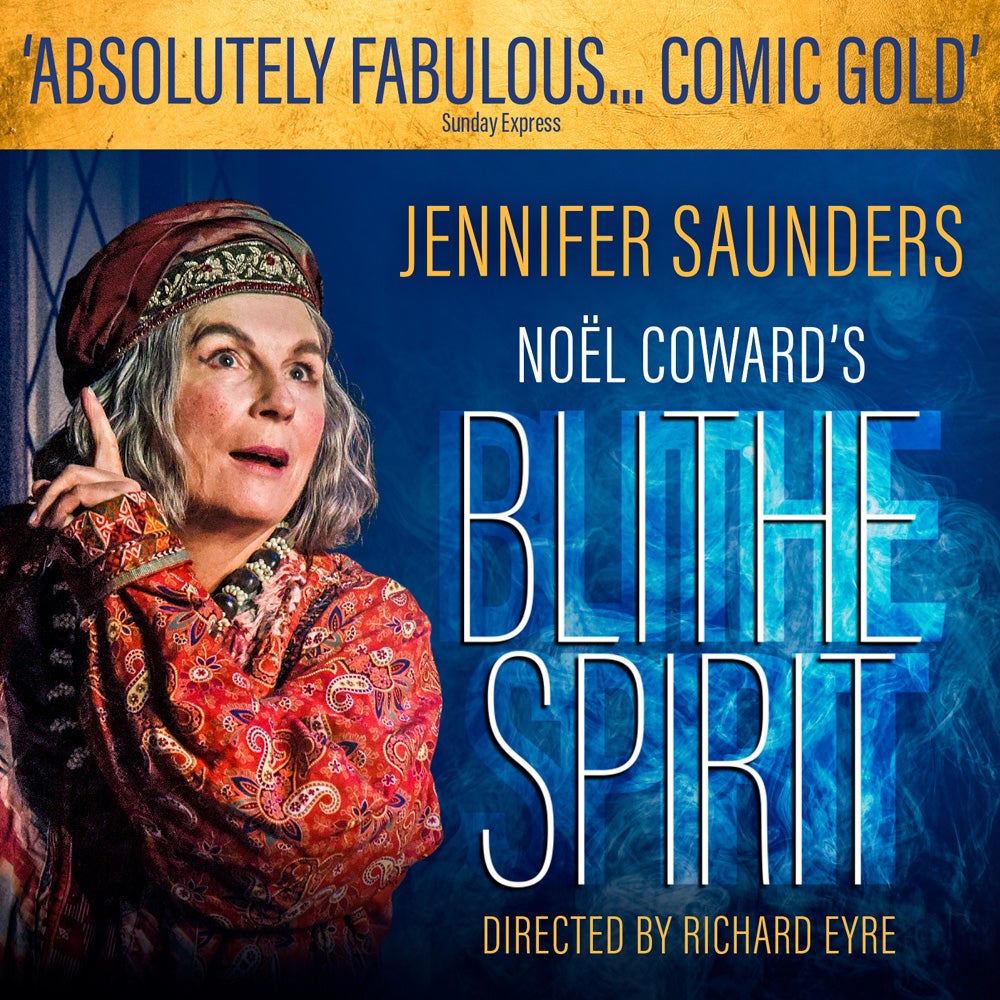