A new booking period has been announced for the West End play Life of Pi which will now play its final performance at the Wyndham’s Theatre on January 15th, 2023. A new cast will also take over in the production from September 7th. Tickets to  Life of Pi are available to book either online or through the box office.

Life Of Pi is based on the award-winning novel of the same name by Yann Martel and follows a 16-year-old boy as he recounts the tragic events of being the sole human survivor of a shipwreck. More information about about Life of Pi in London is available here.

The production is directed by Max Webster and the wider creative team features sound design by Carolyn Downing, set and costume design by Tim Hatley, puppet design and movement by Finn Caldwell and Nick Barnes, and lighting design by Tim Lutkin.

Performances of Life of Pi are at the Wyndham’s Theatre. 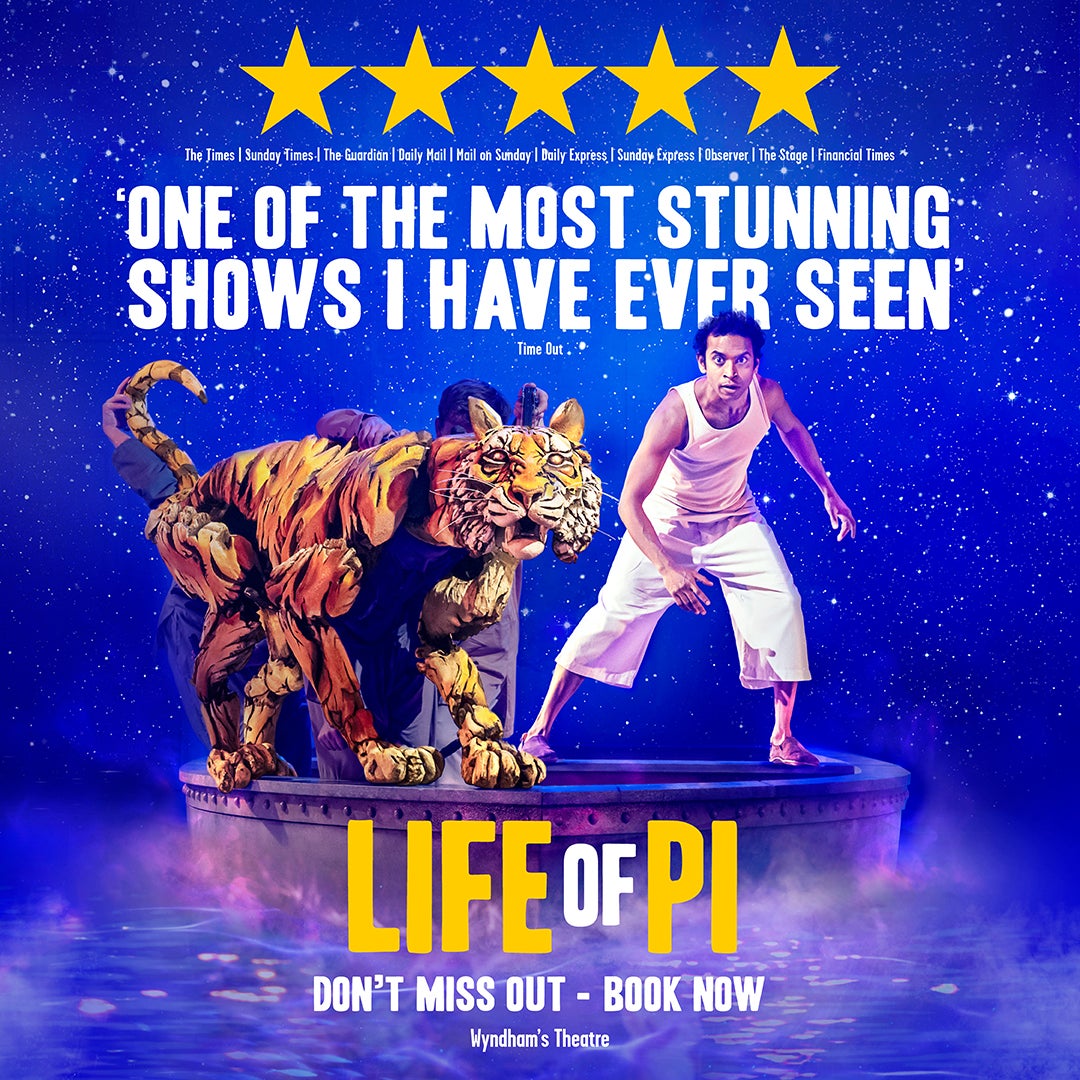