Prima Facie follows the fortunes of Tessa, a young barrister who has tirelessly worked her way to the top of her profession. When an unexpected event occurs that will force her to work directly alongside the patriarchal power of the law, she realises that this is a decision that should not be taken lightly.

Jodie Comer, the BAFTA and Emmy Award-winning actress is best known for appearing in the TV series 'Killing Eve' as the psychopathic assassin 'Villanelle' , and has recently starred alongside  Stephen Graham in 'Help'. Commenting on her forthcoming West End debut, Comer said: “It’s such an honour to have been given the opportunity to work with Justin Martin, Suzie Miller and the whole team on this wonderfully unique play. I look forward to bringing Tessa to life and introducing her to the audiences at the Harold Pinter theatre next Spring.”

After making its premiere in Australia in 2019, Suzie Miller’s play Prima Facie won the Australian Writers’ Guild Award for Drama. The London production of Prima Facie is to be directed by Justin Martin, with lighting design by Natasha Chivers, and scenic and costume design by Miriam Buether.

Performances of Prima Facie will play at the Harold Pinter Theatre from April 15th - June 18th. 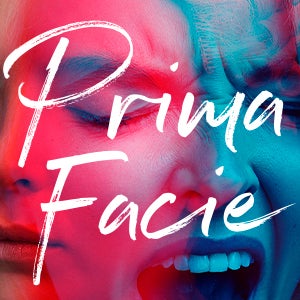