While it is not billed as being a 'play-within-a-play', Indecent dramatises the stories surrounding a play’s opening over a hundred years ago. Although people's opinions have changed and viewpoints have moved over time, so it is interesting to look back now with fresh eyes to see if this controversial play was actually an immoral take on society, or simply ahead of its time. Performances of Paula Vogel’s contemporary production of Indecent will play at the Menier Chocolate Factory until September 30th.

The Polish-Jewish playwright Sholem Asch began writing 'The God of Vengeance', a drama about a brothel owner attempting to marry off his daughter in 1906. The play featured scenes of a sordid nature, which shocked early twentieth-century audiences into believing that 'The God of Vengeance' could be a work of religious defamation? Despite the play having its critics, it was eventually Broadway-bound and made its US premiere in 1923. When a theatre owner was subsequently convicted though, the future of not just the play, but indeed what could actually be told and performed on stage became a court matter.

This is the point where the Indecent play steps up and takes the mantle to continue the narrative, debating whether the original play, 'The God of Vengeance' is a piece of treasured Jewish culture or simply traitorous libel.  Paula Vogel’s drama tells the story of those who risked their whole careers for the sake of the performing arts.

Rebecca Taichmann directs Indecent in London, which features a small klezmer band, playing traditional music of the Ashkenazi Jews. The original music in the play is by Aaron Halva and Lisa Gutkin.

Indecent was originally due to open at the Menier Chocolate Factory back in March 2020, however, due to the pandemic, it was forced to suspend performances for 18 months. 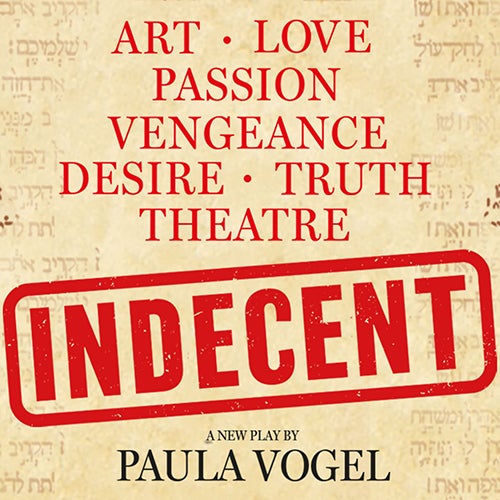 (10 mins) Head towards Borough High Street; cross the street and take Union Street. Turn right at O’Meara Street and the theatre will be at the end.