Academy Award-winner Helen Hunt is set to star at the Old Vic this autumn in the London premiere of Jonathan Spector’s Eureka Day which will begin previews at the venue on September 6th, ahead of an official opening night on September 23rd and performances due to run until October 31st.

Eureka Day is set in 2017 at the 'Eureka Day' school in Berkeley, California, and follows of the five board members as they update school policies. At the same time, an outbreak of mumps threatens the local community, and the members of the board all struggle to come to an agreement to deal with it and find certain truths.

Helen Hunt is to play the role of Suzanne in Eureka Day. The talented actress is perhaps best known for award-winning performances in the U.S sitcom, 'Mad About You', and from her role as Carol Connelly in the 1997 movie, 'As Good As It Gets'. Hunt has previously worked alongside Old Vic artistic director, Matthew Warchus, on Broadway in the play 'Life x 3'.

Eureka Day will be directed by Katy Rudd at the Old Vic and further casting and the wider creative team will be announced in due course at a later date.

Performances of Eureka Day will be at the Old Vic from September 6th, 2022.. 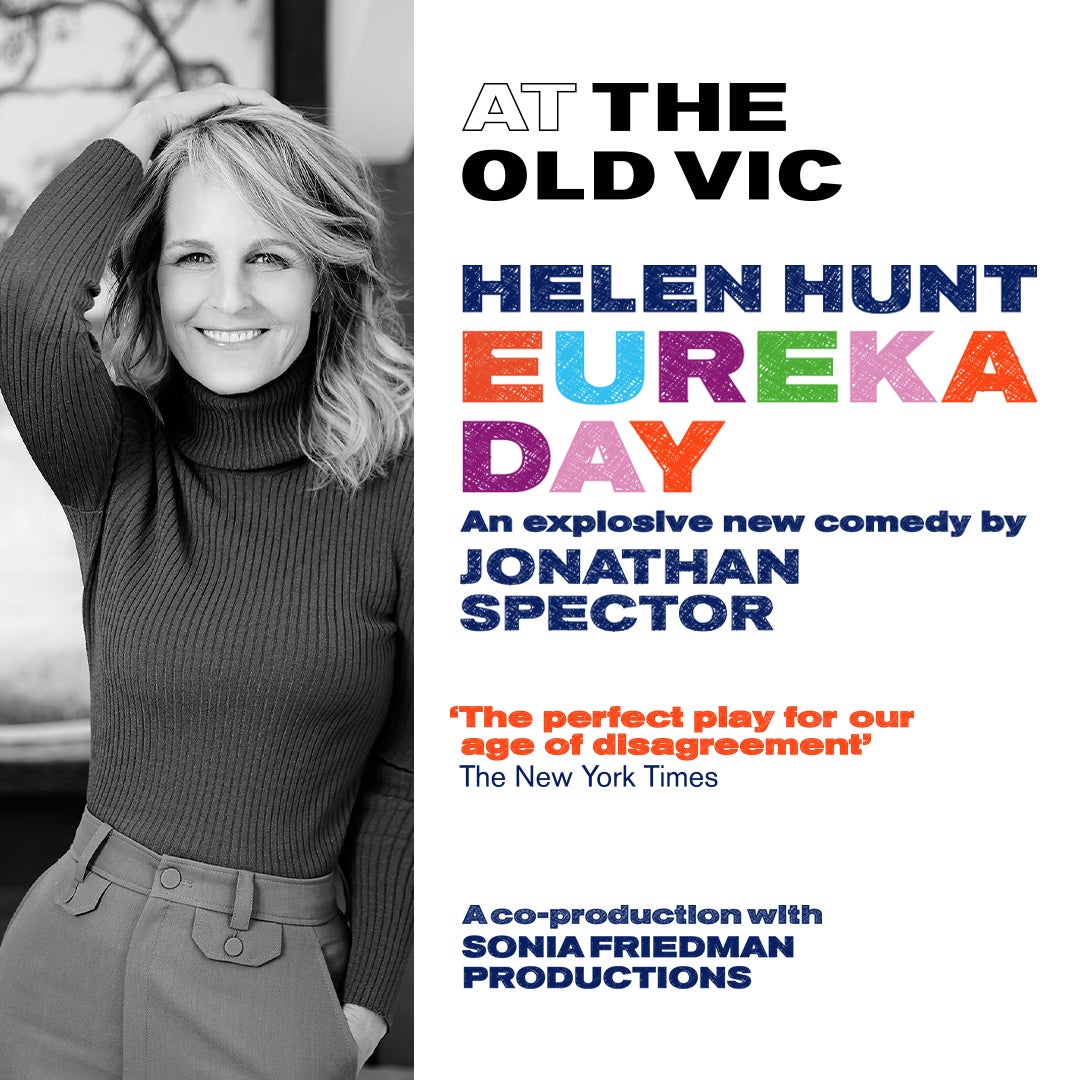