Following its sold-out season back in 2013 and subsequent New York and West End runs Her Majesty The Queen and the Iron Lady are once again reunited on stage at the Kiln Theatre in the hilarious comedy, Handbagged.

The constitutional monarch and her most powerful subject. Both born within six months of each other, and each had a personal destiny that would go on to change the world. But behind closed doors when the stiff upper lip softened slightly, and the gloves came off, which one of these two formidable figures actually had the upper hand?

Moira Buffini’s wickedly funny comedy returns to London directed by Indhu Rubasingham.  A play that goes behind closed doors and imagines what might have happened during the weekly meetings when the world’s two most powerful women Margaret Thatcher and Her Majesty The Queen Elizabeth II got together during the 1980's. 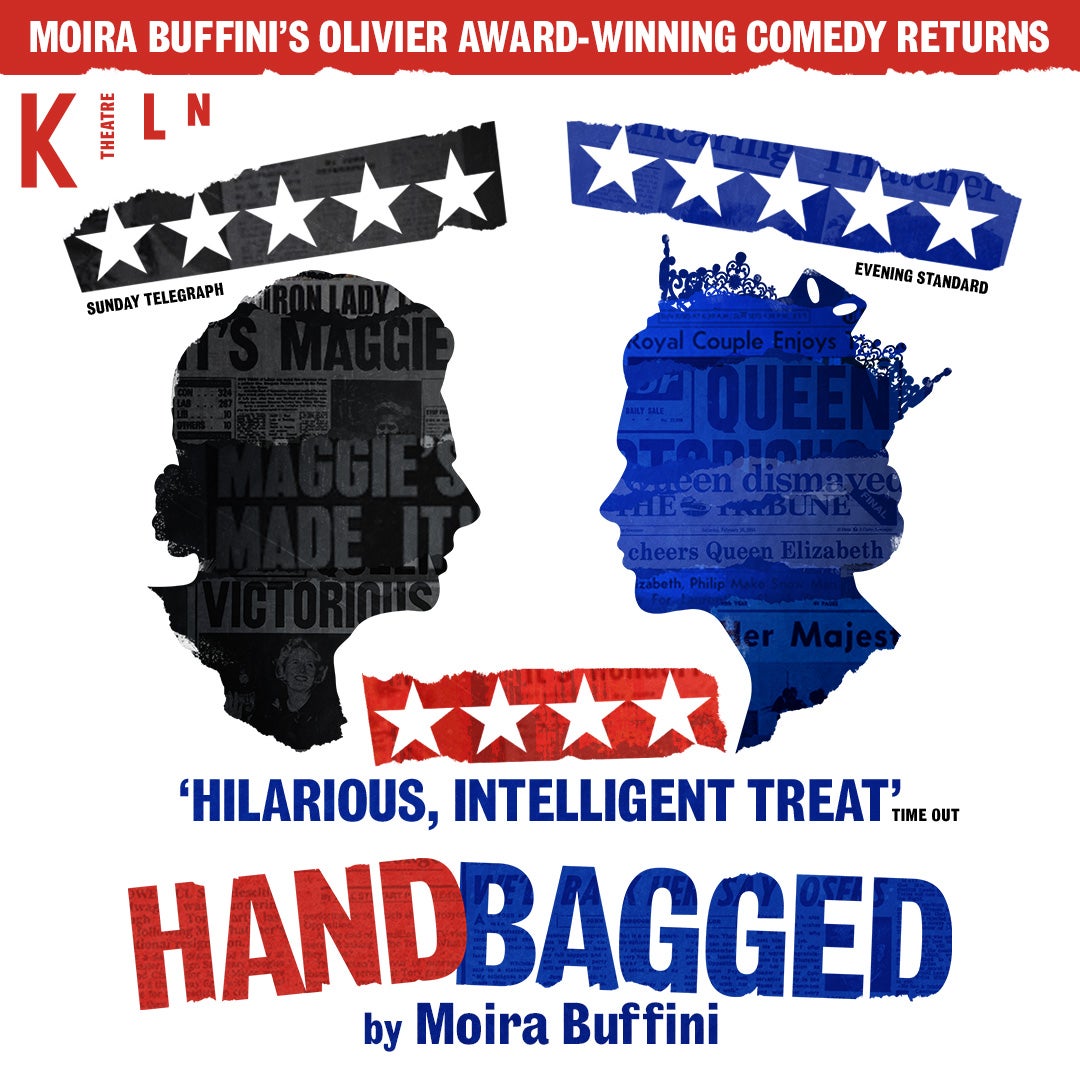