The Gillian Lynne Theatre (formally The New London Theatre) sits proudly with pride of place on the corner of Drury Lane and Parker Street close to Covent Garden on a site formerly occupied until 1965 by the Winter Garden Theatre.

The theatre is built on the site of taverns and theatres which housed Music Hall, and place of entertainment has been located on the site dating back to Elizabethan times. The Tavern, which was known as The Great Mogul had famous figures such as Nell Gwynn associated with it by the end of the 17th century and put on entertainments in an adjoining hall.  In 1847, the Mogul Saloon was built on the site, and in 1851, it became the 'Middlesex Music Hall'. This was in turn then rebuilt in 1911 as the 'New Middlesex Theatre Of Varieties'  by Frank Matcham for Oswold Stoll.

George Grossmith Jr and Edward Laurillard bought the theatre in 1919 and refurbished the venue and reopened it as the 'Winter Garden Theatre'. They produced 'Kissing Time',  followed by 'A Night Out', both starring Stanley Holloway.   The pair also managed the Apollo Theatre in 1920, but the expansion of their operation caused Grossmith and Laurillard part company, with Grossmith retaining control of the Winter Garden Theatre.

Another partnership was formed as Grossmith teamed up with George Edwardes's former associate, Pat Malone, and produced a series of adaptations of usually imported shows at the venue between 1920 and 1926.  Grossmith both directed and co-wrote some of the Winter Garden pieces, and even starred in several, notably as Otis in 'Sally'. Some of the later productions, however, lost money, which led to Malone and Grossmith ending their partnership.

Major productions began to be staged at the theatre including notably in 1927, 'The Vagabond King' and followed in 1929 by Fred and Adele Astaire, who starred at the venue in 'Funny Face'.  Sophie Tucker starred in the musical 'Follow A Star' the year after, and in 1923, Gracie Fields appeared in 'Walk This Way'.  Other major productions followed over the next 20 years however the theatre was forced to close in 1959 when it was sold by the Rank Organisation to a property developer and was then gutted, remaining vacant until 1965 and was replaced by the current building in 1973.

The theatre was designed by Paul Tvrtkovic and Sean Kenny, and modeled after the Walter Gropius Total-Theater, and has a seating capacity of 960 on 2 levels.  The theatre's auditorium opened initially with a TV recording of Marlene Dietrich's one-woman show and officially opened for live performances on 2nd January 1973 showcasing 'The Unknown Soldier And His Wife ' featuring Peter Ustinov. in the lead role.  Following that it then staged a production of 'Grease' starring Richard Gere in the role of Danny.

The theatre was used as a television studio for several years from 1977 and then returned to use as a theatre. 'The New London Theatre' (as it was then known) had its biggest hit to date with the Andrew Lloyd-Webber musical 'Cats' which had its première at the venue on 11th May 1981 and had a mammoth run before finally closing in 2002 making it at the time the longest-running musical in the history of the west-end.

The venue also hosted other events including the 1977 BBC Sports Personality Of The Year and the Masters snooker between 1976 and 1978, and there is a famous video clip for the Queen anthem 'We Are The Champions' which was shot there in 1977.

From 2003 and 2005 the New London was the venue for Bill Kenwright's revival of Andrew Lloyd Webber's popular musical 'Joseph And His Technicolor Dreamcoat', which had a successful two-and-a-half-year run. This was followed by the venue playing host to the London transfer of the Off Broadway production of 'Blue Man Group', and the National Theatre's 'War Horse'. The theatre has been owned by Andrew Lloyd Webber's Really Useful Theatres since 1991 and changed its name to the 'Gillian Lynne Theatre' in 2018.

The current production at the venue is Cinderella - The Musical. Tickets to all productions at the Gillian Lynne Theatre are available to book securely through this website.

FAQ's About Booking Tickets To The Gillian Lynne Theatre

Where Is The Best Place In The Theatre To Book Tickets To The Gillian Lynne Theatre?

The unusual layout of the seats in the Gillian Lynne Theatre offers plenty of opportunity to find value in the price of ticketsl, but the centre stalls seats in row I do offer an exceptional view of the stage with plenty of legroom and easy access from the corridor in front.  The front row of the circle in the centre also offers a great view if you prefer to be elevated however there is a railing there so they are perhaps not ideal for small children although 'booster' seats are available at the theatre.

Should I Avoid Restricted View Tickets At The Gillian Lynne Theatre?

There are only two tiers in the theatre and the strange seating plan is designed to offer good views of the stage which does apply for the majority of seats.  There are some minor restrictions to seating on the extreme sides of both the stalls and circle however these will only affect the action happening right on the very sides of the stage and shouldn't hinder your enjoyment too much.  The only other tickets to feature restrictions would be the front row of the circle due to a railing.  It is always advisable to check the seating plan thoroughly before booking tickets to ensure full transparency and peace of mind over your purchase.

How Can I Book Cheap Tickets To The Gillian Lynne Theatre?

Try to avoid peak times such as school holidays and weekends when looking for bargains.  The layout of the theatre offers plenty of scope when looking for good value in the ticket price and seats at the rear of the stalls and a little to the sides tend to be well priced and the majority have a clear view of the stage.  As with most businesses that rely on the public, footfall the West End has both peaks and troughs and the quiet months of November, January and February usually sees a downward movement in the price of tickets which can give big savings.

Why Do My Tickets To The Gillian Lynne Theatre Have A Booking Fee Included?

If you have purchased tickets from a third party such as a website or through the official retail outlets in Leicester Square rather than directly from the box office at the Gillian Lynne Theatre then it is likely that they will include a booking fee if you have booked during peak periods.  The reason for this is that the producers of the show will always attempt to maximise profit for the production and will therefore sell to agents at full price during busy times forcing agents to add on a booking fee to make a profit.  The booking fee should be no more than 25% though if you are booking through official agents who are members of the Society of Ticket Agents and Retailers (STAR) and during quieter periods when the footfall is not so strong there is often great value to be had as the producers will then sell to agents at a negotiated discount which will then be passed onto the consumer sometimes resulting in big savings on the face value.

(5mins) Go right on Long Acre; turn left at Drury Lane and you’ll see the theatre 100 metres away on a corner. 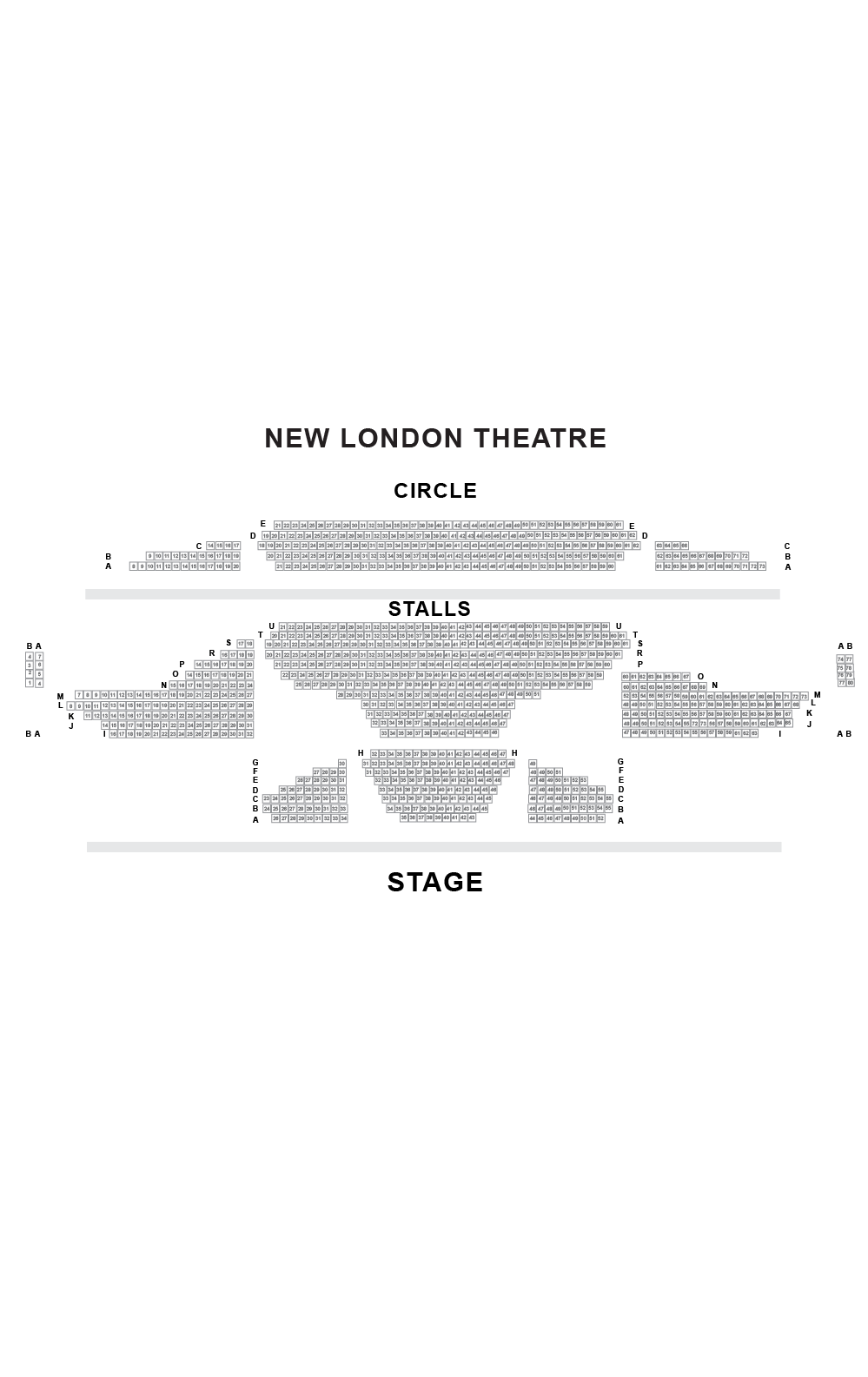