Tickets & Information For The Garrick Theatre

The Garrick Theatre is a west-end veniue located at the bottom of Charing Cross Road.  The theatre first opened on 24th April 1889 showcasing a production of 'The Profligate' by Arthur Wing Pinero. During its early years, The Garrick appears specialised exclusively in performances of melodrama, whereas today the theatre puts on a variety of different style productions. The theatre takes its name from David Garrick who is widely considered to be one of the most influential Shakespearian actors.

The initial financing of the Garrick Theatre was by the playwright W.S. Gilbert, (of 'Gilbert and Sullivan fame) in 1889 and was designed by Walter Emden and C.J. Phipps and originally had a capacity of 800 seats situated on 4 levels, but the gallery on the top level has now been closed and the seating capacity has been reduced down to 656.

The theatre came under threat from a proposed redevelopment of Covent Garden by the GLC in 1968 together with other nearby venues and it took an active campaign by Equity, along with theatre owners under the auspices of the 'Save London Theatres' campaign which eventually led to the abandonment of the plan.

The restoration of the gold leaf auditorium in 1986 was by the stage designer Carl Toms, and was followed in 1997 by the renovation of the front façade. Historically, the theatre has mostly been associated with comedies or comedy-dramas with notable productions such as Sydney Grundy's 'A Pair Of Spectacles' opening here in February 1890 and five years later, Mrs Patrick Campbell starred in Pinero's 'The Notorius Mrs Ebbsmith'.

Following these successes, the theatre suffered a short period of decline until it was leased by Arthur Bourchier, who staged a series of diverse productions starring his wife, Violet Vanbrugh, and in 1900, the theatre hosted a production of J.M. Barrie's 'The Wedding Guest'.  Several successful works were also presented by Rutland Barringtonat the Garrick in 1902, notably including his popular "fairy play" 'Water Babies'.  The only stage work to be actually premiered by W. S. Gilbert at the Garrick Theatre was 'Harlequin And The Fairies.'

Other successful and more recent productions at the Garrick Theatre notably include 'No Sex Please We're British' which played at the venue for four years before transferring to the Duchess Theatre in 1986, and on 24th October 1995, J.B. Priestley's multi-award winning thriller, 'An Inspector Calls' opened here, following successful seasons at the Royal National Theatre as well as a spell at the Aldwych and a season on Broadway.

Ownership of the theatre changed in 1986 when the Garrick was taken over by the Stoll Moss Group, and, in 2000, it changed again as the Stoll Moss Theatres Ltd was acquired by Andrew Lloyd-Webber's 'Really Useful Group'.  Five years later, Nica Burns and Max Weitzenhoffer purchased the theatre, and it became one of five playhouses operating under the name of Nimax Theatres Ltd, alongside sister venues the Lyric, Vaudeville, Apollo, and Duchess Theatres.

Theatre tickets to all productions at the Garrick Theatre can be purchased securely online through this website.

FAQ's About Booking Tickets To The Garrick Theatre

How Can I Book Cheap Tickets To The Garrick Theatre?

The Garrick Theatre is not the largest venue in the West End and tickets are usually in big demand at weekends and during peak times.  Having said that there is definitely some opportunity to get some proper value in the cheaper sections of the theatre during off peak weeks and for midweek performances.  The midweek matinee is also a great opportunity to secure a bargain during performances where the understudy takes on the lead role.

Should I Avoid Booking Tickets To The Garrick Theatre That Have A Restricted View?

There are quite a few seats that feature restrictions to the view in the Garrick Theatre but not all tickets that feature a restriction should necessarily be avoided. There are three levels in the theatre – the stalls on the ground floor looking directly at the stage, the dress circle on the first floor and the grand circle on the second floor looking down. Some seats in the stalls have a slight restriction with the view of the top of the stage being slightly obscured from the overhang of the dress circle from row N and beyond. The raking of the seats isn't really apparent up until row G, and this can sometimes cause a few issues with the sightline for the very front rows up to row E in some productions. In the dress circle, there is no obstruction from the overhang from the upper circle, but for those in the last row the ceiling can feel a little low and possibly claustrophobic for some. In the upper circle there can be an issue with legroom in some seats and a slight obstruction from the railing at the front but this should always be reflected in the price of the ticket and can offer big savings during peak performances.  It is always highly recommended that you study the seating plan prior to booking tickets to ensure complete transparency and peace of mind over your purchase.  All tickets that do feature any form of restriction should be clearly marked as such.

Is Booking Tickets To The Garrick Theatre Online Cheaper Than From The Box Office?

This will depend heavily on what show you wish to see and when you wish to go?  If you are booking during peak periods or for weekend performances including Friday evenings then it could possibly be cheaper to book tickets  directly from the box office to avoid incurring booking fees from third party agencies.  When booking tickets for midweek performances however, or during quieter off peak weeks such as the weeks that follow on from school holidays then the opposite can often be the case as websites will often then be selling at pre-negotiated rates from the theatre enabling them to pass on any discounts they are receiving onto the consumer.  For bargain hunters looking to book any theatre tickets in London it definitely pays to be as flexible with dates as possible to ensure maximum value in the ticket price.

(2mins) Follow Charing Cross Road parallel to Leicester Square until you reach the theatre on your left. 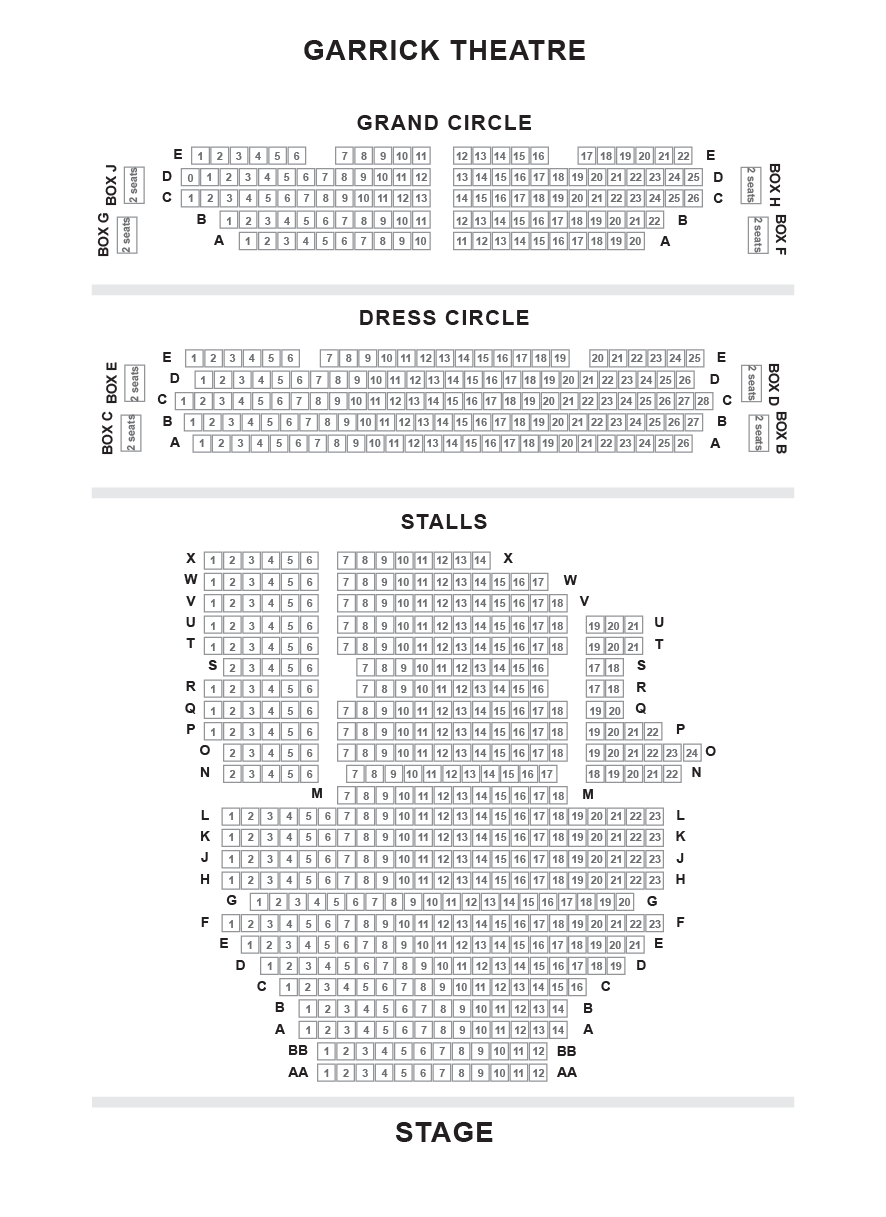