Full Casting Announced For 'The Seagull' At The Harold Pinter Theatre

Full casting has now been announced for the forthcoming and much anticipated production of The Seagull which will premiere in the West End this summer. The Seagull will open at the Harold Pinter Theatre on June 29th and run until September 10th. Tickets to The Seagull are currently on sale online.

As announced previously, Emilia Clarke is to reprise the role of Nina in the production which she played previously back in 2020, prior to performances being cancelled due to the pandemic. Clarke is perhaps best known for playing Daenerys Targaryen in the popular TV series Game of Thrones, however she also has previous stage credits which include the Broadway production of 'Breakfast at Tiffany's'.

Anton Chekhov's powerful play, The Seagull follows two actors and two writers who are all caught up in both professional and personal conflicts. While the text of the original play is in Russian, this latest production which was first staged at the Southwark Playhouse starring Lilly James will be a 21st-century adaptation by Anya Reiss.

The Seagull will be directed by Jamie Lloyd who previously directed the recent production of Cyrano de Bergerac starring James McAvoy at the same venue. The rest of the creative team features sound design and composition by George Dennis, costume supervision by Anna Josephs, scenic design by Soutra Gilmour, and lighting design by Jackie Shemesh.

Performances of The Seagull will be at the Harold Pinter Theatre from June 29th 2002. 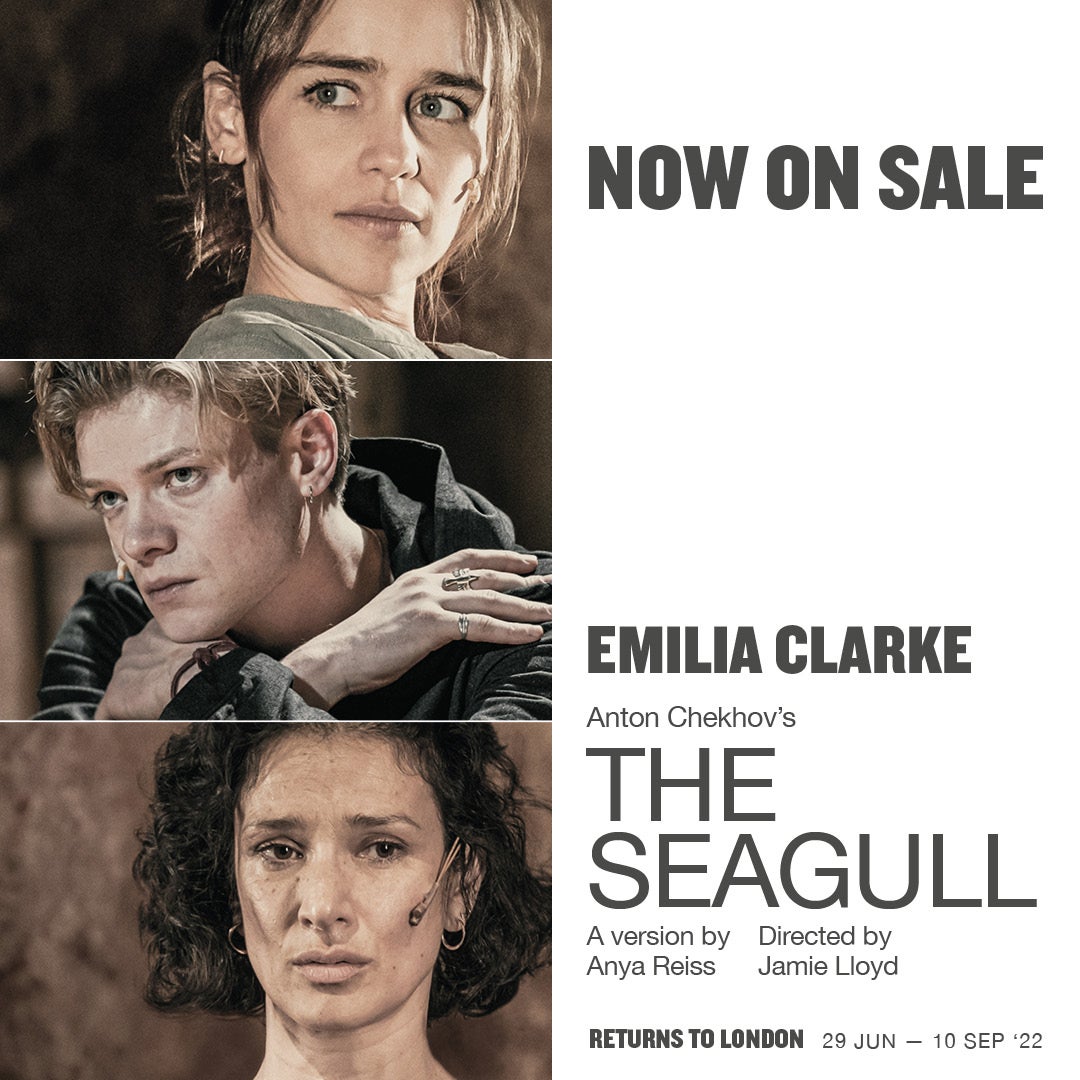