Death Drop To Reopen At The Criterion Theatre This Spring

Following two previous and successful Death Drop engagements at the Garrick Theatre, the hilarious 'Dragatha Christie' murder mystery is set to return to the West End for a limited engagement this spring at the Criterion Theatre from March 3rd to April 24th.  Tickets to Death Drop tickets are now on sale.

Death Drop follows a group of 1990s drag artists who have all been summoned to attend a dinner party on an island. Throughout the course of the evening, one by one, the guests reveal their shady pasts to each other, all while trying to work out the identity of a murderer.

Performances of Death Drop will begin at the Criterion Theatre on March 3rd. 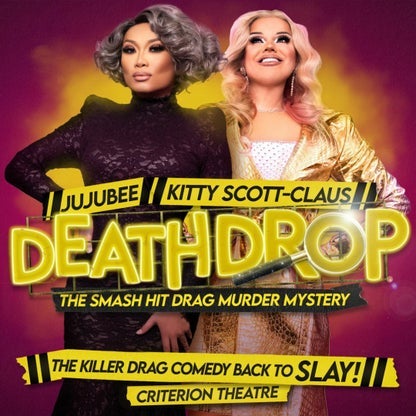