Following his nationwide tour titled 'Poirot and More, A Retrospective', it has been announced that the much-loved actor David Suchet is to bring his show to London and share stories from his career in the West End at the Harold Pinter Theatre next year from 4th - 22nd January 2022.

One of the UK's best-loved and most well-known actors, David Suchet is best known for playing the role of Agatha Christie's Belgian detective, Hercule Poirot. Suchet played the part of Poirot for 70 episodes of the hit detective series between 1989 - 2013 before the famous character was finally killed off.  Suchet has also had a career on stage and recently starred in both 'The Price' at the Wyndham’s Theatre and 'The Importance of Being Earnest' which had a run the Vaudeville Theatre.

The Harold Pinter Theatre has staged several other anecdotal shows recently and in 2019, Sir Ian McKellen shared stories from his incredible career to mark his 80th birthday. Suchet will be interviewed by Geoffrey Wansell during Poirot and More who will ask the actor probing questions about a career in entertainment that spans over five decades. The event has been co-created by Liza McLean, and David Suchet, with associate direction from Emma Butler.

Poirot and More, A Retrospective will showcase at the Harold Pinter Theatre from 4th - 22nd January 2022. 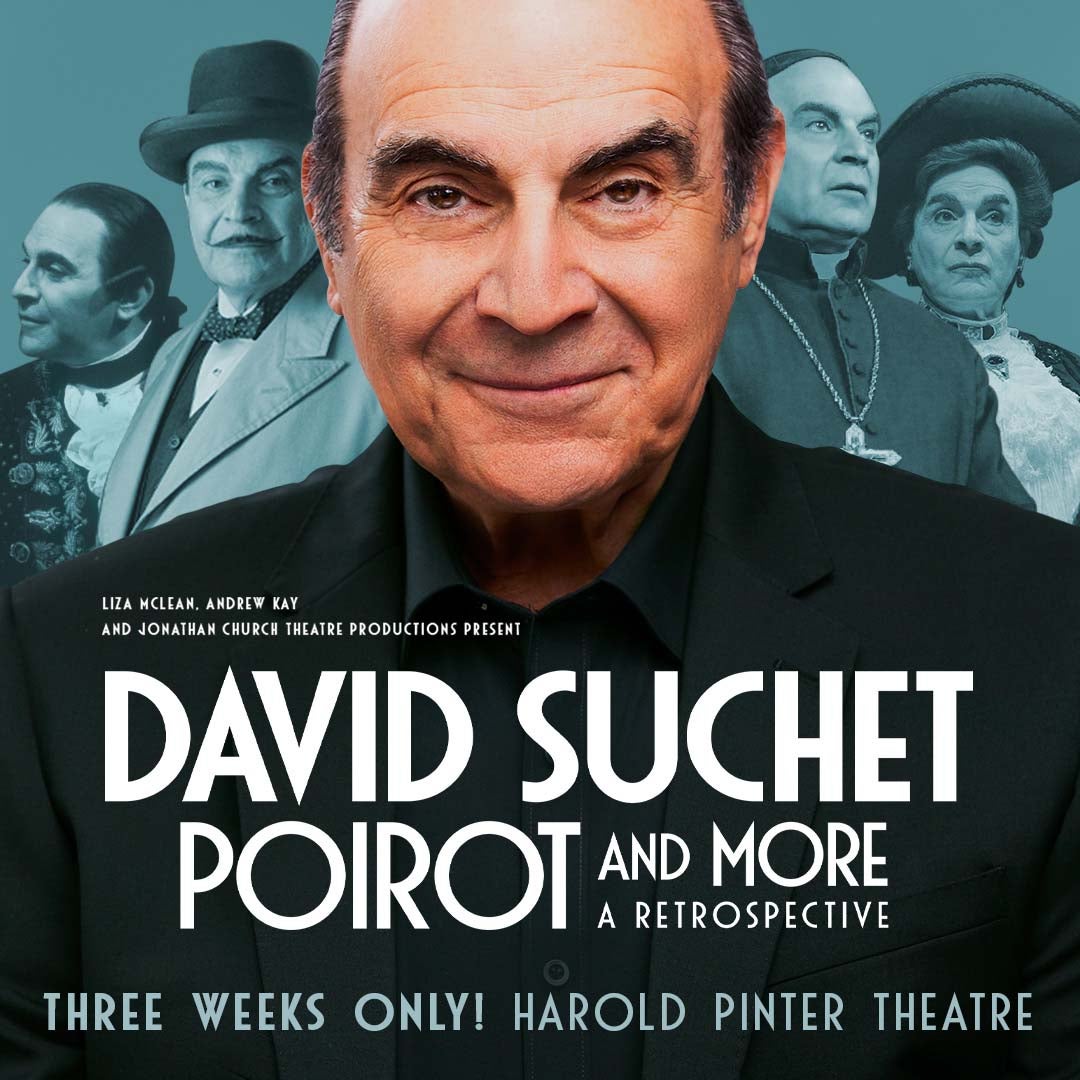