Casting Announced For The Return Of The Woman In Black

Max Hutchinson and Terence Wilton are to return to the West End production of The Woman in Black, which will resume performances at the Fortune Theatre from Tuesday, September 7th 2021.

Terence Wilton returns to the show, having previously played the role of ‘Arthur Kipps’ in 2017 and at the start of 2020. His other stage credits include, “Treatment” at the Donmar, “War Music”, “Never So Good” at the National Theatre, and “Antony and Cleopatra” at the Old Vic. Wilton has also appeared in “The Taming of the Shrew” at the RSC along with many other productions with the company in Stratford-upon-Avon, London, and on tour. His many TV credits include “The Inspector Alleyn Mysteries”, “The Forsyte Saga” and “Doctor Who”.

Reprising his role of ‘The Actor’, Max Hutchinson’s recent theatre credits include “The Hound of the Baskervilles”, “The 39 Steps”, “The Notorious Mrs Ebbsmith”, and the nationwide tour of “Murder On The Nile”. Hutchinson has also appeared in several movies including “Downton Abbey” and “Dream Horse”.

The Fortune Theatre is the perfect setting for The Woman in Black which combines the intensity and power of live theatre along with a cinematic quality that takes its inspiration from the world of film noir giving the audience an evening of truly unremitting drama.

The Woman In Black is celebrating over three decades in the West End with over 7 million people now having experienced the drama and lived to tell the tale. It is surely one of the most exciting, gripping, and successful theatrical events ever to be staged.

The plot of the play focuses on a junior solicitor, Arthur Kipps, who is summoned to attend the funeral of a certain Mrs Alice Drablow who was the sole inhabitant of Eel Marsh House. Kipps is completely unaware of the dark and tragic secrets which lie hidden behind the shuttered windows, and it is not until he gets a quick glimpse of what appears to be a wasted young woman, all dressed in black at the funeral, that a strong sense of unease begins to take hold of him. A feeling that is deepened by the apparent reluctance of the local population to speak of The Woman in Black and her terrible purpose.

It is only years later, as an old man, that he attempts to recount his experiences to an actor in a desperate attempt to rid himself of the ghosts of the past. The powerful story all unravels around the intense conversations between these two characters as they begin to act out the young solicitor's experiences all those years ago on Eel Marsh.

Performances of The Woman In Black at the Fortune Theatre will resume from September 7th 2021. 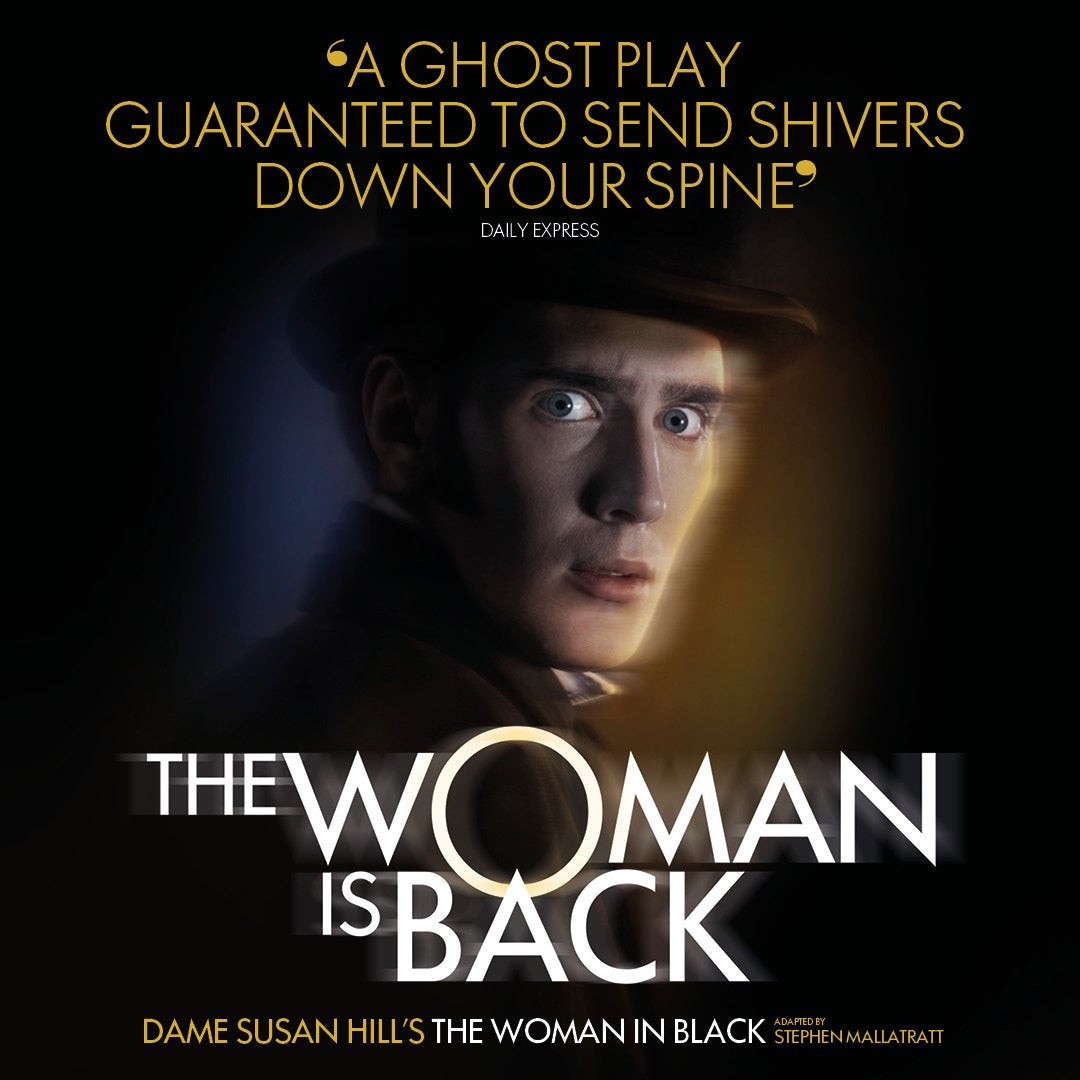